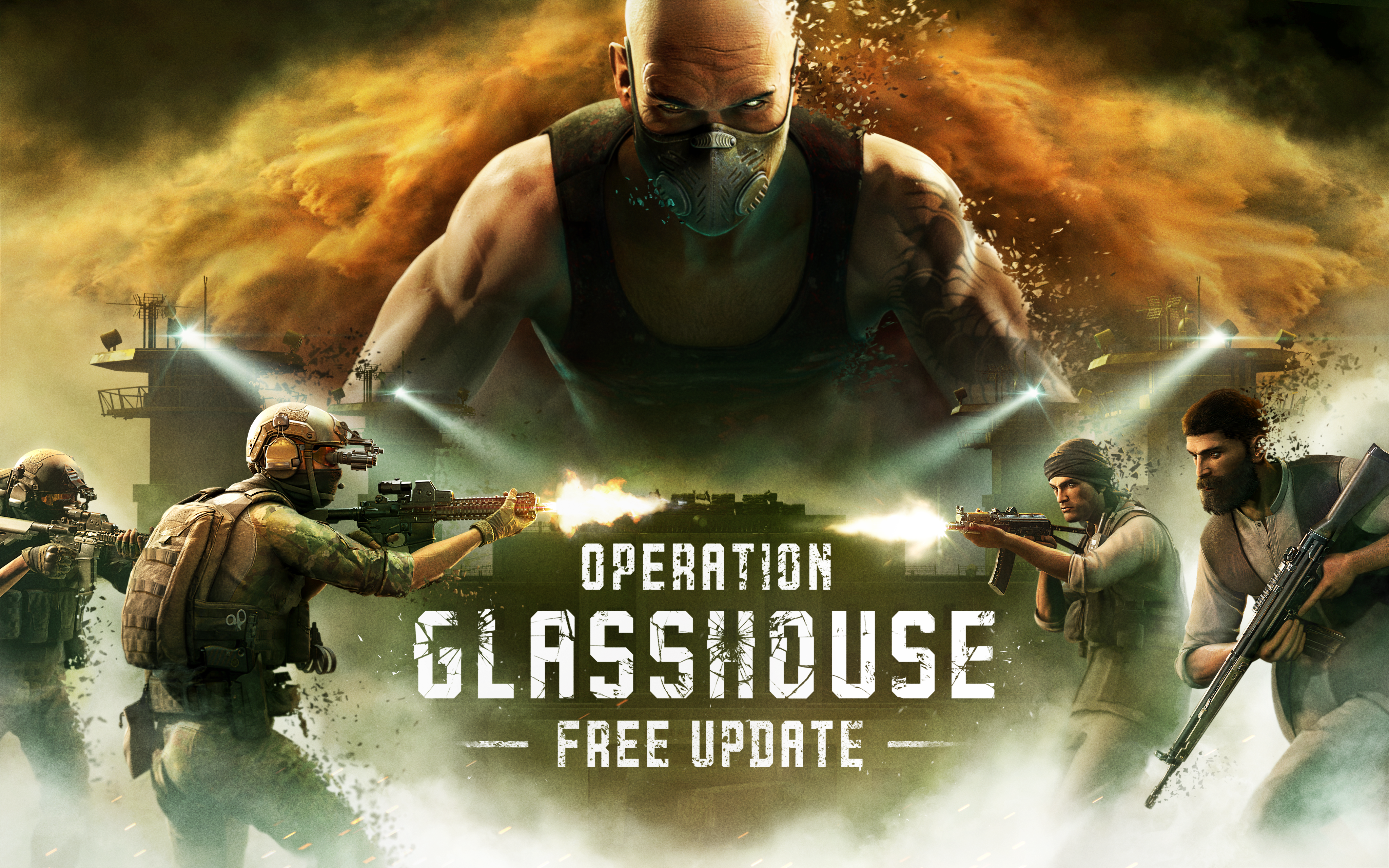 Hello Sandstorm community! It’s been a minute but by golly do we have an update for you. It gives us great pleasure to welcome you all to the release notes for Update 1.12 Operation: Glasshouse!

Many of you have been following along with the reveals as we’ve been doing our promo activities for this update, but this is where we get to really dive into the nitty-gritty with you. Want to know the point costs for the weapons? We have you covered. Want to know what game modes Prison will support? We have that too! We also have:

So grab a snack of your choosing, and maybe a tasty beverage, and get ready to peel back the layers of Operation: Glasshouse. See you in the field, soldiers!

A penitentiary under attack! Breakout of Mabarak Prison as the Insurgents, or lock it down as Security in this new free close-quarters combat map. Prison was a winning entry in the community map contest. 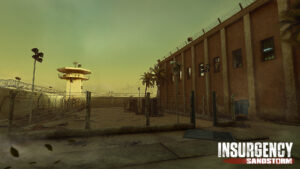 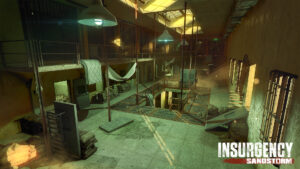 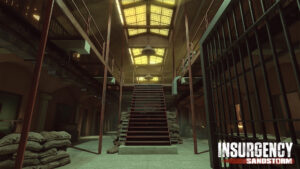 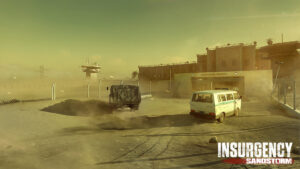 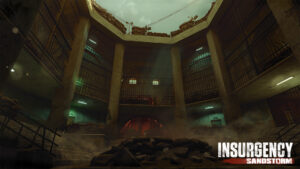 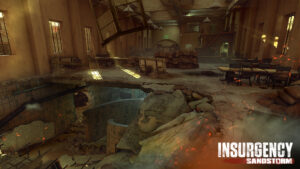 Operation: Glasshouse brings two new shotguns to the game: the KS-23 for Insurgents (2 supply points) and the KSG for Security (4 supply points). Both weapons support Optic and Barrel upgrades, along with unique iron sights. 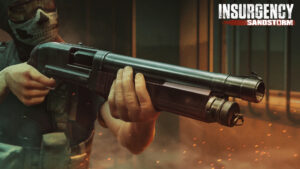 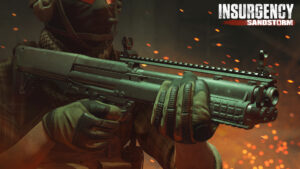 The Insurgent Forces have assaulted and breached the oppressive Mabarak Prison at multiple points of entry, allowing the Captive to use the ensuing chaos to mount their escape. Meanwhile, the Security Forces strike back at the invaders and send in the Detainer to apprehend and subdue the escapees.

The Captive and Detainer sets are free with the Operation: Glasshouse update. 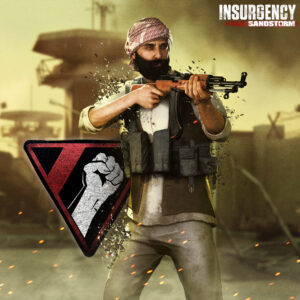 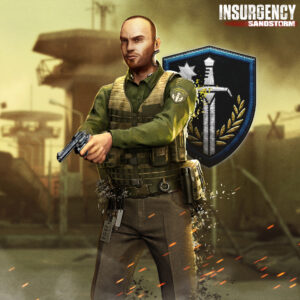 *Captive is currently set to be unlocked using in-game currency. This behaviour is not intended and will be fixed in an upcoming hotfix.

New DLC cosmetics are available for purchase. They are included in the Year 2 pass for those of you who have it standalone or via the Gold Edition. These cosmetic items can be combined with others in-game. Buying DLC helps us to continue work on Insurgency: Sandstorm post-launch, and we greatly appreciate the support!

Here is a breakdown of each cosmetic. 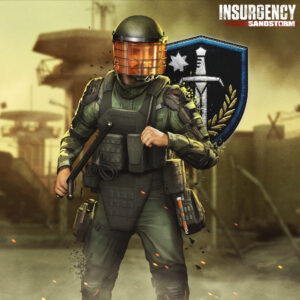 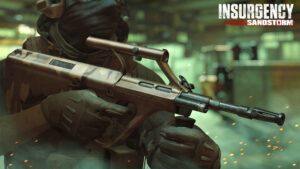 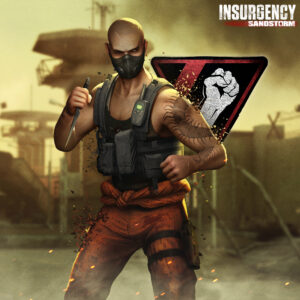 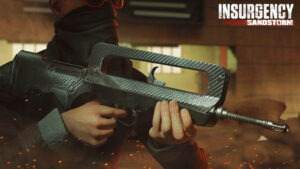 *Some things to note about how the Brute cosmetics behave when mix-n-matching:

Spawn protection provides players with invulnerability after they respawn. This is meant to protect against spawn-camping in modes like Push and quick-respawn game modes like Domination.

There are two spawn protection timers:

When players attack someone with spawn protection, or are attacked while being spawn-protected, they receive a message notifying them. This is similar to how the friendly-fire message behaves.

Below is a gigantic list of the fixes that have been completed between the last hotfix that rolled out and this update, Operation: Glasshouse. It’s a long list! But, in the spirit of visibility with the community we are including as much information as we can cobble together.

It is important to note that not all bugs or issues are experienced by all players, and there are differences between platforms. If anything below is still affecting you after the update, please contact our support team here.

*Note: these are still known issues with Xbox Series X but should be fixed on all other platforms. We are continuing to work on addressing these issues.

Finally, the known issues section. This list exists in large part because of your help. Identifying that an issue exists is only the first step and the more information we can collect about specific surrounding causes and contexts, the better. Everything that is reported to our support group greatly helps us with logging and investigating issues. If you have encountered something funky, please file a ticket here.

That said, the below list is not exhaustive so if yours is missing, it doesn’t necessarily mean we aren’t looking into it. 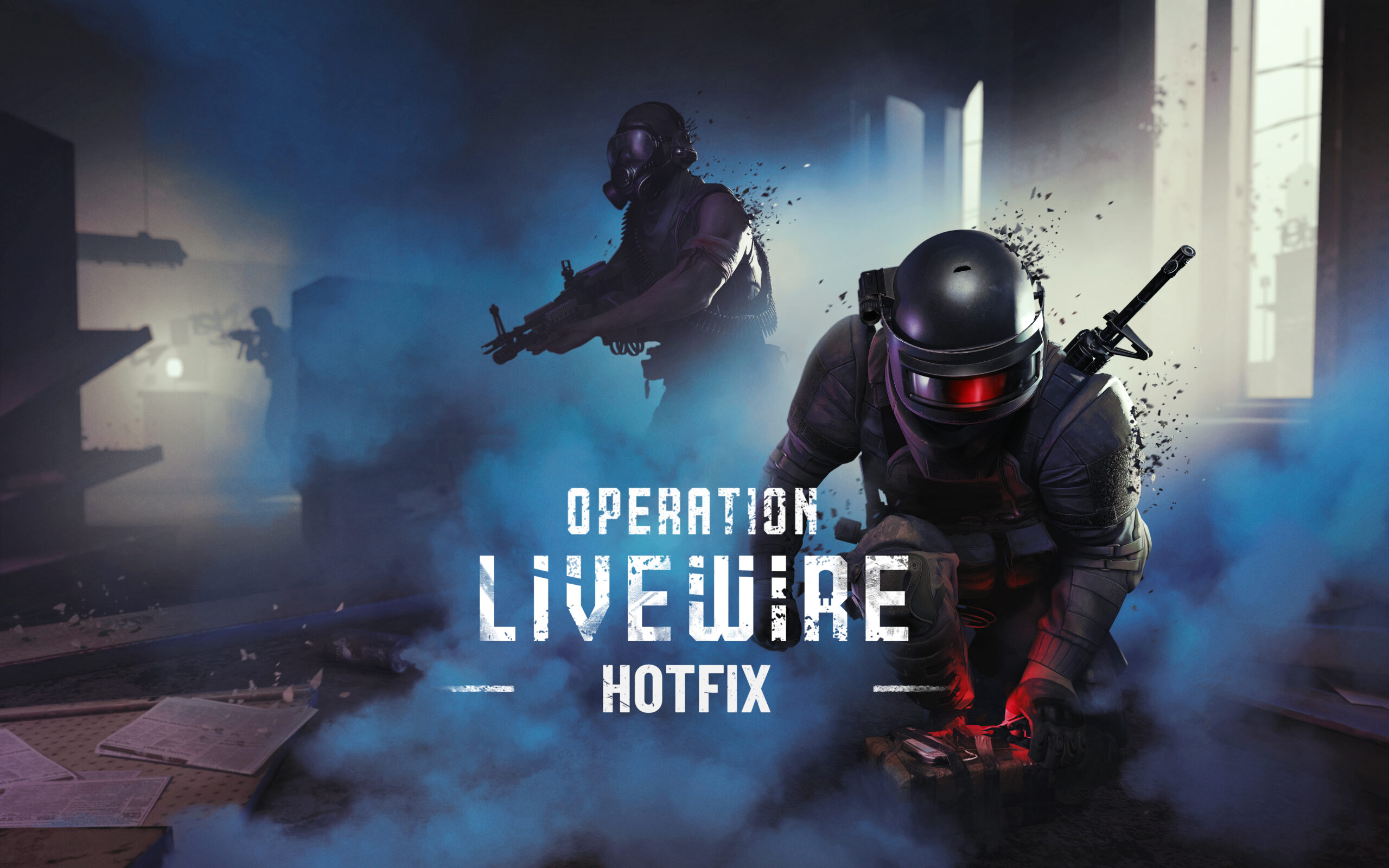 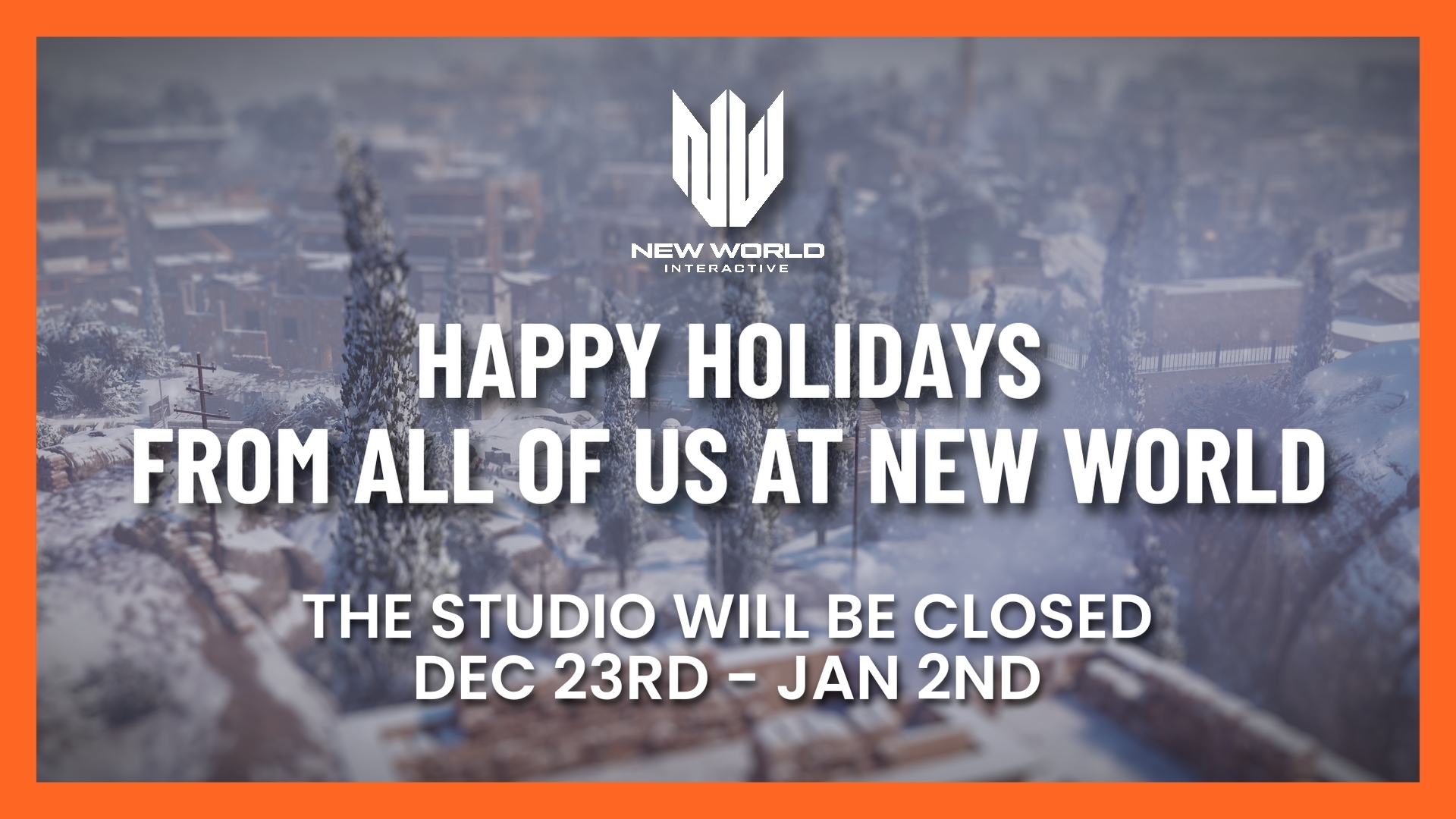 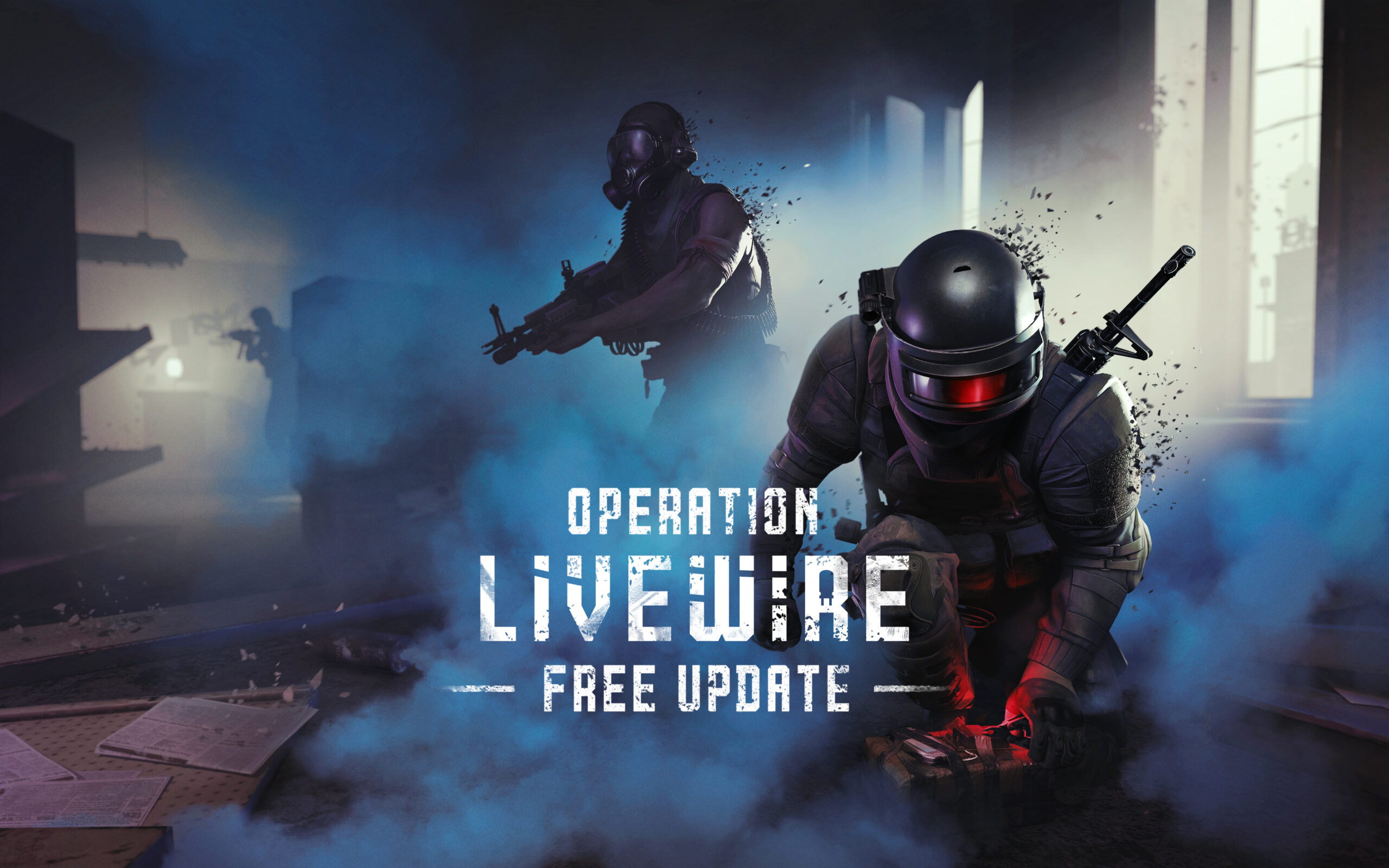