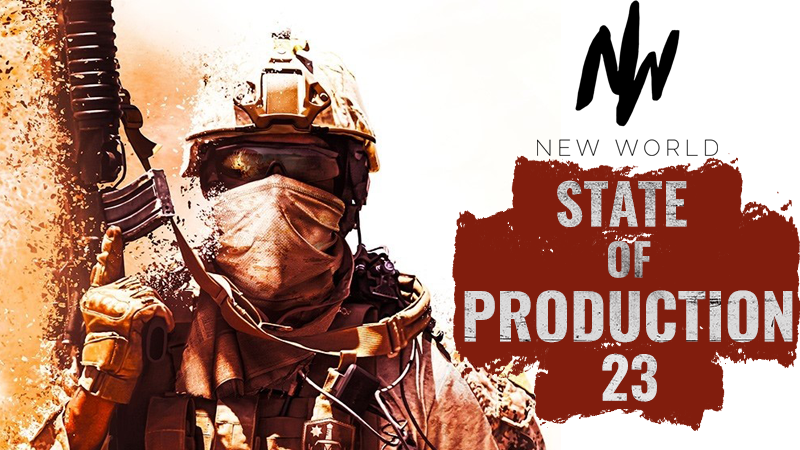 Hello everyone, my name is Tim Perreault and I’m the Production Director at New World Interactive. I’m keeping this one short and sweet as we are super busy dealing with all the exciting last steps to getting Sandstorm released on consoles.

Key Points for State of Production #23

Our Closed Beta test on console is rapidly coming to an end. We’ve gotten some fantastic feedback from the participants and we’re excited to be launching the game at the end of this month. For anyone who hasn’t yet seen it, you can check out the launch announcement and trailer here. I’ll be playing on launch day, I hope to see you out on the battlefield!

The Open CTE happened earlier this month. We had great participation and we got a ton of valuable feedback. Thanks to everyone who took part. We’re taking the next little while to work on some of the feedback items and improve the update before it gets released.

About two months ago, we announced a Community Cosmetic Contest for Insurgency: Sandstorm. During the entry period, we’ve had over 80 submissions. Voting started on Monday the 13th and will run until Monday, September 20th. Take a look here and cast your vote!

Every major update we release is paired with a smaller community-driven update, and you
Guessed it, Operation: Exodus is no different. Details are coming soon but this update will be
Something a little different than what we’ve done in the past. Keep your eyes peeled for the official announcement!

With the console launch this month, we’re aiming to bring our release cadence back to normal. We’ll be able to talk about that in upcoming SOPs. Until then, keep your stick on the ice.