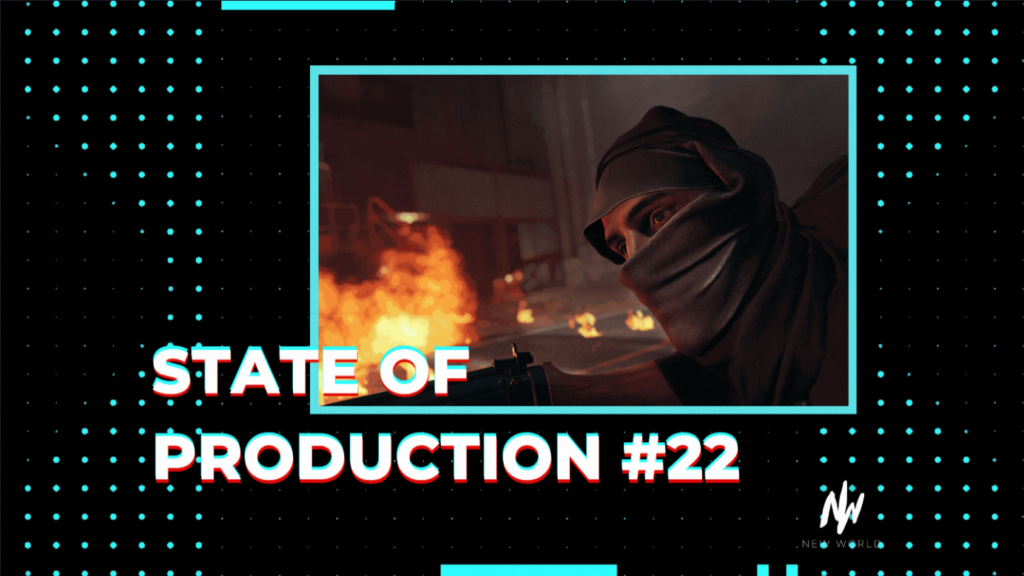 Hello everyone, my name is Tim Perreault and I’m the Production Director at New World Interactive. Between a very brief vacation last month and everything that was going on to prepare for our console Closed Beta, we didn’t manage to get an SOP out last month. We’re back to our regularly scheduled program, so without further ado:

Key Points for State of Production #22

We’re all very excited to be sharing the current state of our console work with everyone. The beta has been gathering very valuable feedback for us so far. We’ve been making tweaks and adjustments as we go, but we have a few more weeks to go before we wrap it up. If you are interested in participating and haven’t already signed up, you can go to https://beta.insurgency-sandstorm.com/ to register. You can expect some important console news coming in the near future, so stay tuned.

The update is very rapidly coming together and as usual, that means we’re going to be having our open CTE testing period. Anyone will be able to check out our next update from August 26 until August 30. During that time, we’ll be running three play-with-the-developers events to focus testing on specific elements of the update. If you’d like to join, grab the update for your Insurgency: Sandstorm Community Test Environment that will be released August 26 and then join the developers by queuing into the appropriate playlists.

All playlists will be available for the duration of the event, but if you’d like to play with developers, aim to play those specific game modes from 11AM MDT / 1PM EDT / 5PM GMT / 7PM CEST.

More details will be given closer to the start of the event on how to participate and how to provide feedback. Join us and get a sneak peek at what’s coming.

Since our migration to using Vivox as our voice communication provider, there has been an issue where occasionally players will hear voice comms from channels they shouldn’t have access to. We are working on this issue with our partners.

We’ll have a lot more exciting news coming next month. Until then, keep your stick on the ice.