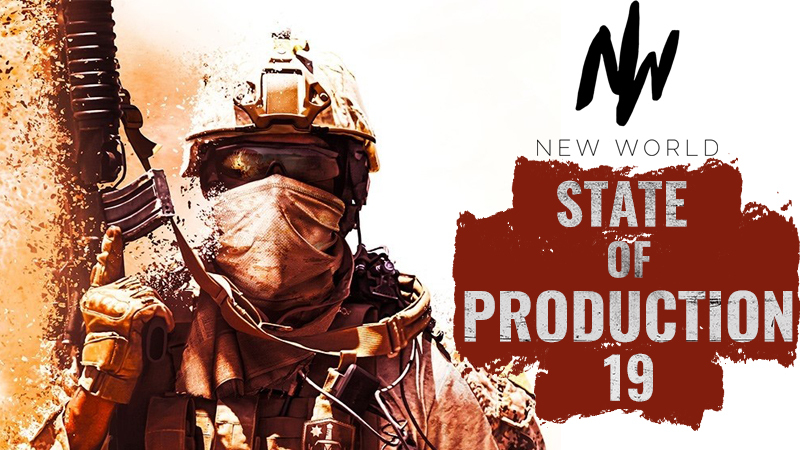 Hello everyone, my name is Tim Perreault and I’m the Production Director at New World Interactive. It’s hard to believe we’re already four months into 2021. The year is rushing by, but we’re happy with how it’s going so far. This month we’ll touch base on our two upcoming releases that were both recently announced in our Development Streams.

Key Points for State of Production #19

The team is still putting some final touches on content for this community driven update. We’re excited to release it at the end of the month. If you missed the reveal stream and wanted to get a bit more info on what’s included, you can check it out here.

We recently announced our next major update: Operation: Exodus launching on May 18, 2021. If you didn’t catch the stream, you can watch it here. You can also follow updates on content reveals on our website.

As one of the final steps before we release, we’re doing our Open CTE event from Thursday April 22 until Monday April 26. During this time, players will be able to get an early preview of content coming in our latest updating. To help encourage testing of a few specific things, we’ll also be running some scheduled Play With Devs events during the weekdays:

If you play the CTE you’ll be able to pass feedback to us in two ways: by using the in-game feedback option or by filling out a survey. The feedback option is best used for reporting bugs while the survey focuses on collecting feedback on gameplay related changes in the release. Once the CTE event ends, our team will review the feedback from both sources and set out to make the final adjustments on the build before release. Keep your eyes open for a news post on Steam with more details on how to participate!

I wanted to take a little time to talk about the overall state of Sandstorm. From a production perspective, we’re really excited about where we have strengthened our ability to hold dialogues with the community on a regular basis and act on the feedback. We’ve continued expanding our behind-the-scenes tools that help us better understand how the game is performing and how we can best continue to grow the community. Over the last year we’ve made some important hires to expand our capabilities internally which are going to be noticed in our upcoming releases. To summarize, our outlook for production is great, and with Saber’s help on consoles bringing us closer to a release, we have a lot more in store for Sandstorm and our community.

Next month, we’ll be diving into some behind-the-scenes details about Operation: Exodus and all the fun new content that it brings, so until then, keep your stick on the ice.