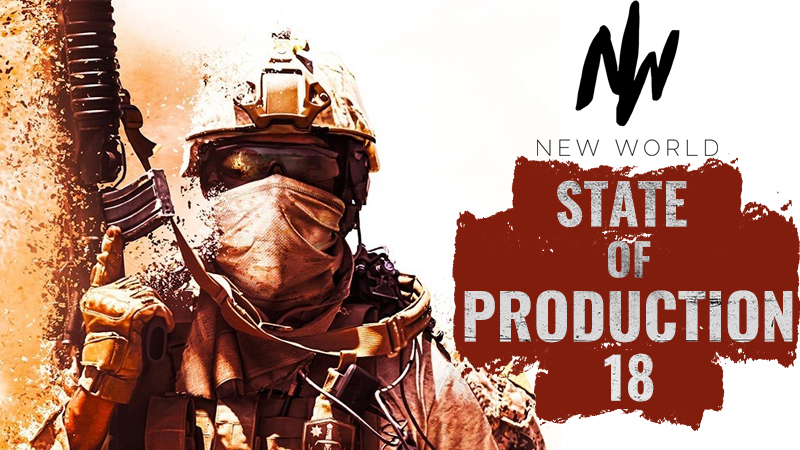 Hello everyone, my name is Tim Perreault and I’m the Production Director at New World Interactive. March is half done and the team has quite a few different things on the go. Let’s jump right in.

Key Points for State of Production #18

Planning wrapped up shortly after the last SoP and we’ve since moved into development. This update will be relatively small, but it’s going to pack a big punch in terms of requested features. I don’t want to spoil the reveal, but the main feature in the update has been highly requested.

Our next major update is trucking along. We’ve got a lot completed so far, but there are still a few elements we’re working on before we’ll be able to schedule an open CTE event to preview the update and collect feedback. Based on our updated art guidelines we’ve taken an opportunity to review all the cosmetics in the release and are making some minor adjustments. We’ve also committed to spending more time testing and polishing before we release, so you should expect more of a delay after the playtest until the release goes live.

One of the goals of the State of Production is to shine a bit of a spotlight on some of the developers who work behind the scenes on our project. This month, I’ve invited our Automation Developer to talk about the work he has started doing on Sandstorm over the past four months.

Hey! I’m PHEN, or Stephen Ma, and I’m an Automation Developer here at New World Interactive. Today I’d like to share with you a little bit behind the scenes of game development and hopefully you’ll learn a bit more about development in general!

Whether that addition is being able to have a player kick open doors, blow others up with explosives, or interacting with AI, the number of ways two systems interact with each other need to be tested. Adding a new feature means we need to develop new tests to cover all new behaviors and every interaction they will have with other systems.

Each of those tests takes a non-small amount of time to execute, and with the need to test everything with every small change it can quickly scale outside what a team can do on any given day.

To come back to what I do as an Automation Developer at New World Interactive, it’s someone who will actively work on getting tests into an “automatically-testable” state as early as possible. This would mean identifying a test, bringing parts of the process into code, and having it automatically run on a machine.

You might say this sounds a lot like “AI” or “Bots” – and you would be correct since there is an overlap in those development aspects, but, I’m avoiding those terms here because they don’t include other aspects of the testing such as: 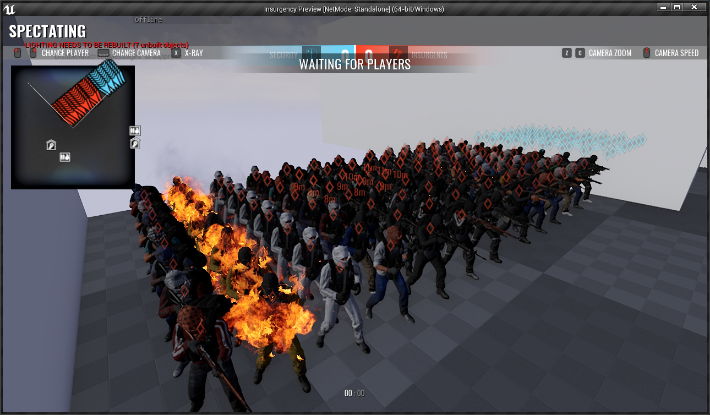 Describing it as “AI” or “Bots” will limit someone’s thinking about what automated test development should be. Designing well automated tests is a non-trivial task and requires thinking outside of bot development, hence the Automation Developer’s role!

At the end of the day, I’m a developer working on the game and play an important part of the team to ensure we’re making the best game we can. Most of my work is something gamers will never see in game but I’m thrilled I can share a little bit of it with you today.

Community voting on our mapping contest has concluded. The top ten entries are now under review. We had our second playtest with the devs on Friday and it was an absolute blast. We’ll be continuing to playtest the remaining maps and scenarios to get a final ranking which will be announced once all the entries have been reviewed.

That’s it for this month’s SoP, until next time, keep your stick on the ice.