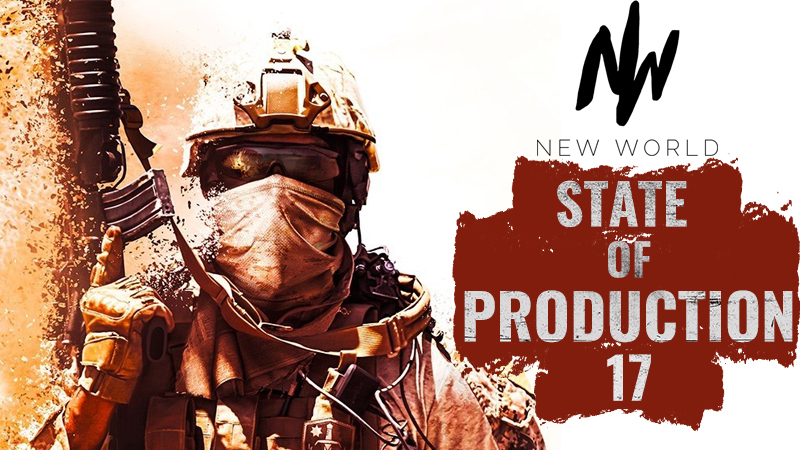 Hello everyone, my name is Tim Perreault and I’m the Production Director at New World Interactive. February has been an exciting month for us, with update 1.9.1 releasing just before a free weekend on Steam. This SoP will be short and sweet, so without further ado let’s jump in!

Key Points for State of Production #17

On Tuesday, February 2 we launched our 1.9.1 patch which included various bug fixes, improvements, and two new guns. A big change in this update is our new in-game stats system including the updated end-of-round screens. The new system is much more robust and was designed to eliminate issues that could happen with the legacy system, such as missing level-up rewards.

We have released three hotfixes to address high-priority issues. We’ve been monitoring and investigating reports of players who are having issues with cosmetics they own not appearing to be unlocked in their inventory. We are also monitoring and investigating other issues listed as known issues which you can find linked on our new public Trello board (Shoutout to our new hire on the Player Support Team, Bruno Chasse! He drove the creation of the new public known issues site).

From February 4th until February 8th, Insurgency: Sandstorm was available to play for free on Steam. During that period a lot of new players tried the game. We saw concurrent user counts averaging just under 10,000 for the period. On the weekend alone, we had over 280,000 rounds played on stats-enabled servers. Free weekends on Steam are a big driver for bringing new players to Sandstorm, so I’d like to extend a big welcome to all the players who have recently joined the community!

Our latest update included two new weapons, the QBZ-97 for Insurgents and QTS-11 for Security. I’ve invited Lead Game Designer, Michael “Mikee” Tsarouhas, to speak about the selection, implementation, and balancing of those two rifles:

“Insurgency has a wide swath of weapons, but there’s always new ones we are considering that can offer new gameplay opportunities, unique aesthetics, and thematic appeal. The QBZ-97 and QTS-11 were added in an effort to expand the range of capabilities for the commonly used Rifleman, Demolitions, Commander, and Observer classes, as well as try to have better representation of modern Chinese firearms which could be seen in our setting. We’ve got plenty of international guns, but we’re a little lacking on the East Asian side. 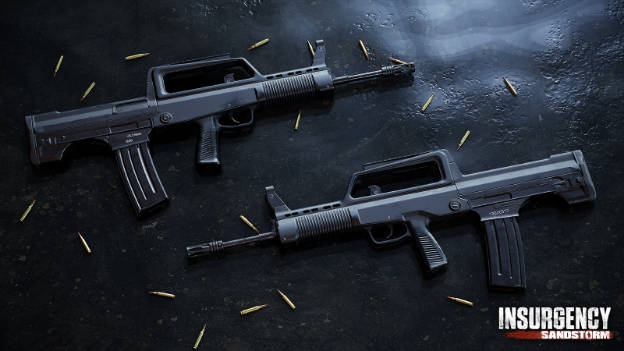 Adding new assault rifles is an interesting challenge for a hardcore modern military FPS game designer. In real life, modern small arms have largely plateaued. The technological advances and distinctions between each weapon a military deploys are much more minimal than they were in the previous century. You have to really think and iterate when trying to make a new gun feel unique in the game but still real. The QBZ-97 gave us a chance to have a low supply point cost weapon that was an alternative to the AKM, firing 5.56 and featuring a higher fire rate. The QTS-11 was an opportunity to make a more expensive supply point cost Security assault rifle that fired flat and smooth with a unique toggleable optic type that keeps you deadly at both long and close range. The fire rate in particular was a fun piece to balance, as pretty much all our assault rifles fire faster than the QTS-11. We weren’t sure if it would be viable. It was a bit of an experiment, and it feels like it paid off.” 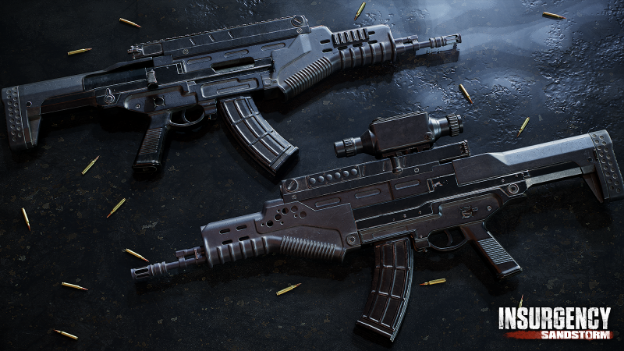 Our next Community Driven update (1.9.2) is on the horizon. We are still finalizing some of what that content will be, until then I wanted to touch on how we plan these updates.

The goals of our Community Driven updates are to address as many feature requests and bugs as possible. We do this by keeping track of what the most discussed issues are on various platforms. While we’re always looking at our community feedback, there are often requests that aren’t immediately actionable. These updates are the perfect time for us to review the list and take on requests that are too big or require too much testing for hotfixing, but are also small enough that we don’t need to plan them into a major update cycle. There are a lot of reviews that go on with lots of team members to evaluate the technical effort involved and also make sure the gameplay impact is in line with the vision of the game. Once we have a consensus on what is achievable we have our development team start working on the content, get a build put together and tested, and confirm we’re ready for our targeted release date.
We’ll be wrapping up the planning phase this week and scheduling development to start soon. In keeping with the theme for this year, we’re working on the update a lot earlier than normal to provide us with more time in QA.

That’s it for this month’s SoP, until next time, keep your stick on the ice.