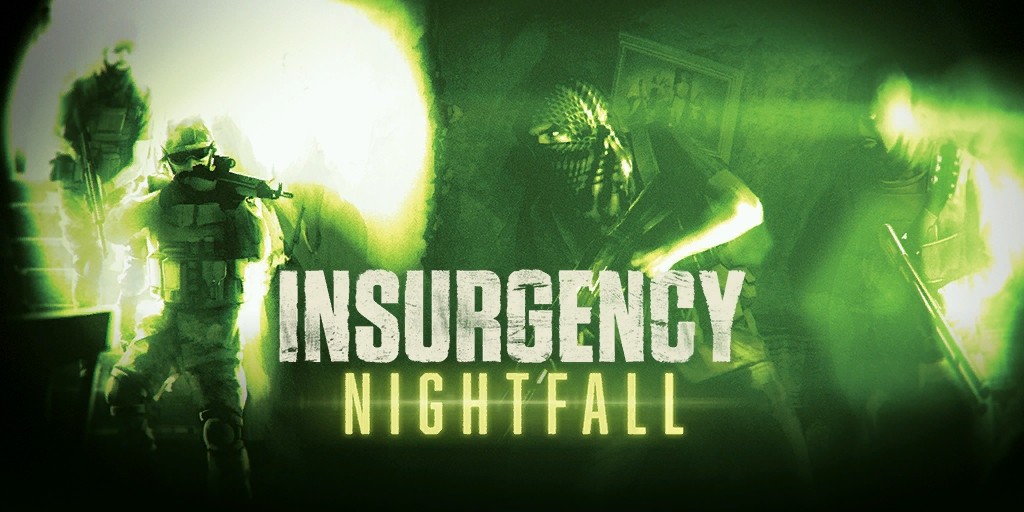 New World Interactive (NWI) is excited to announce that the latest free content update for INSURGENCY, called Nightfall, is now available on Steam. As the name suggests, the DLC focuses on night-time operations, featuring night themed content such as night-vision goggles and flare guns, as well as an exciting new cooperative game mode called Survival.

In this new mode, players must move from safehouse to safehouse with their friends in an effort to slowly gain supply and survive an endless onslaught. Players use stealth to evade their enemy or directly engage in tense firefights to survive, creating an open-ended, sometimes frightening experience.

“This new content update is our most significant one to date,” recalls Jeremy Blum, Founder and Game Director at New World Interactive. “Night warfare is intense and sometimes scary in Insurgency. The Survival game mode has proven to be a great addition to the game, catering to players interested in a compelling cooperative experience that focuses on scavenging and evasion rather than progressing linearly through a map.”

A new map has been added to the game – Verticality. The map features both day and night versions and can be played on a wide variety of Insurgency’s game modes.

The new party system is also in its first stage of implementation. Players can now form a lobby and all join a server together. The system will be further expanded upon in the coming months, and will eventually include a competitive matchmaking system where one party can face off against another.

For a full changelist, please see the following link:
http://www.playinsurgency.com/forums/topic/4287-nightfall-content-update-october-29-2014/