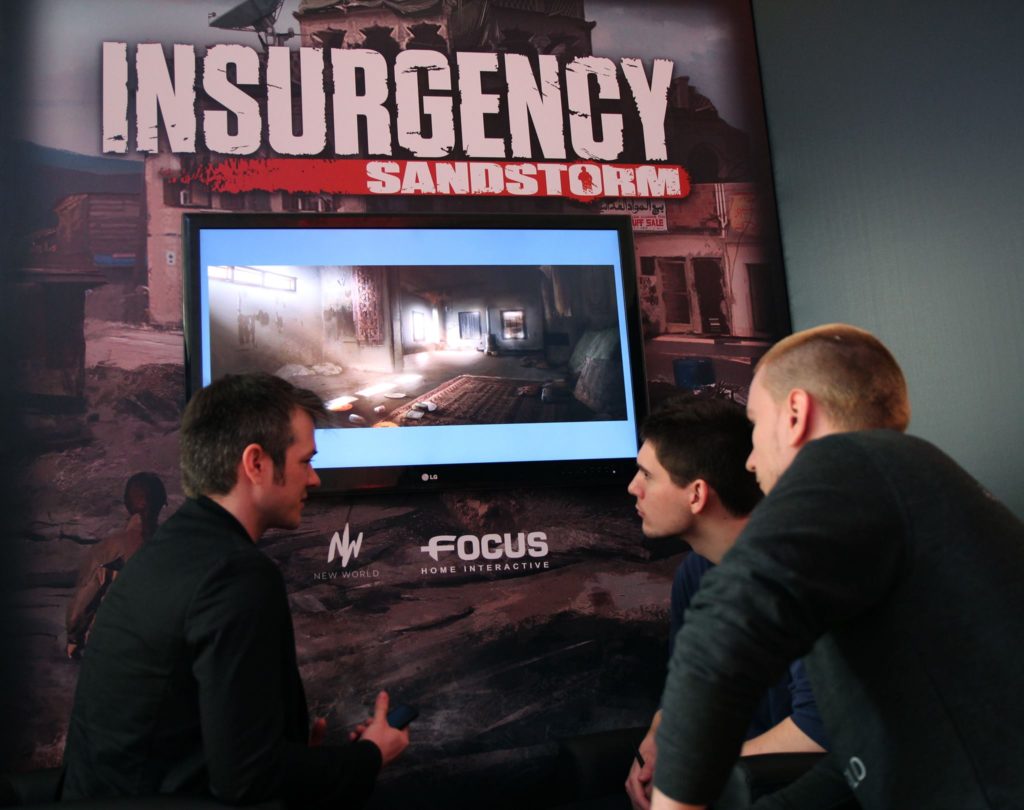 On February 1st and 2nd at the Le What’s Next de Focus event in Paris, France we presented 39 interviews to international games media with an update on Insurgency: Sandstorm. There was a media embargo that prevented both the media and us from releasing this information until today. Without further adieu, here is an update on some key features you can expect in Sandstorm along with two new screenshots and concept art illustrating the story premise that provides context to the world we are building. 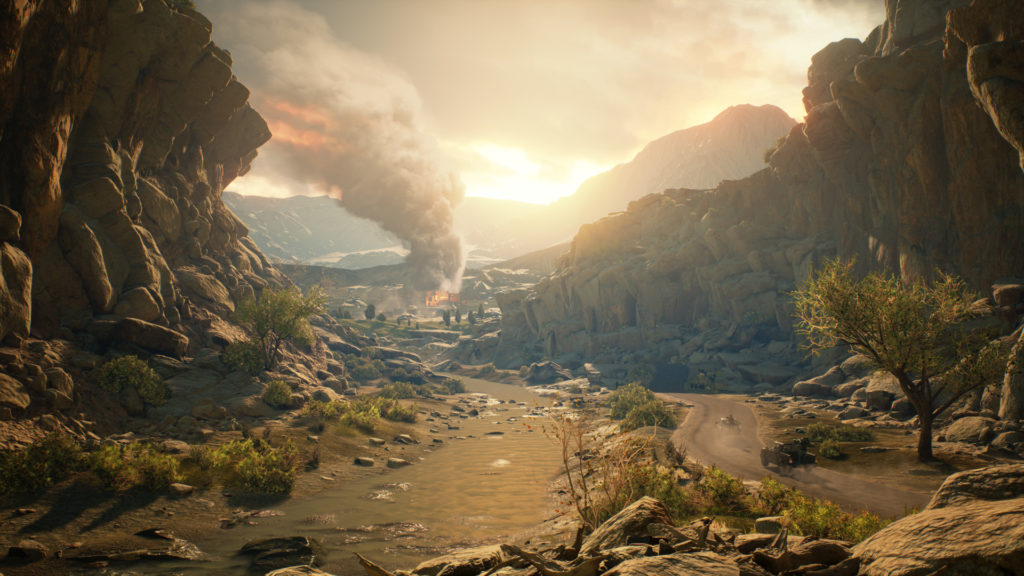 Insurgency: Sandstorm is a sequel to Insurgency that is bringing renowned hardcore shooter gameplay to PlayStation 4, Xbox One, and Steam next year*, published by Focus Home Interactive. Also available on Steam, Sandstorm is using the Unreal Engine 4 platform to fulfill the potential of New World’s talented indie team. At its core, Sandstorm features the close-quarters infantry combat for multiplayer and cooperative gameplay that has established Insurgency as a cult classic for over 3 million players on Steam.

* Note: We are hoping to have a closed alpha on PC by the end of this year. 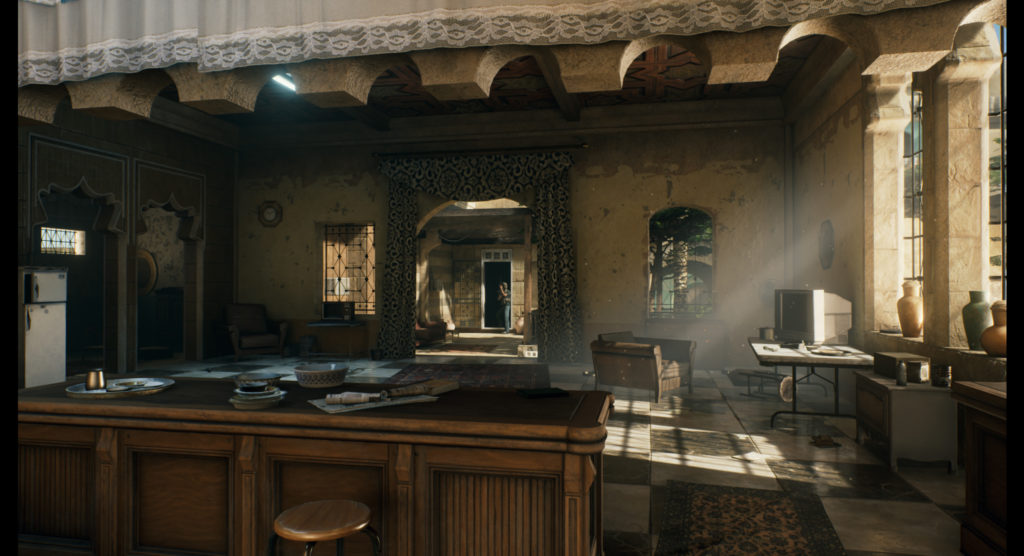 Additional features confirmed at this time are:

New World is also venturing into new territory with a story mode for 4-player cooperative and singleplayer gameplay. A groundbreaking narrative for the shooter genre, the story focuses on a female protagonist. Thematically, Insurgency: Sandstorm is inspired by real events and people, however this is a fictional story and characters.

A few years ago, in a familiar setting, the sandy streets of an Iraqi village. The tone of Insurgency: Sandstorm’s narrative shifts the typical shooter inspiration away from blockbuster military power fantasy movies more towards a dark and understated indie film rooted in reality.

With depth to the narrative, you must look beyond the surface, away from these typical streets, behind closed doors, in a dark room to discover our female protagonist. She is enslaved by radical insurgents, along with her sister and other young girls held captive.

A sandstorm engulfs the village and fighting erupts. By chance, a hole is blown into the wall and the girls escape. In the confusion of the storm, our protagonist is separated from her sister and friends. She is alone, wandering in the desert. 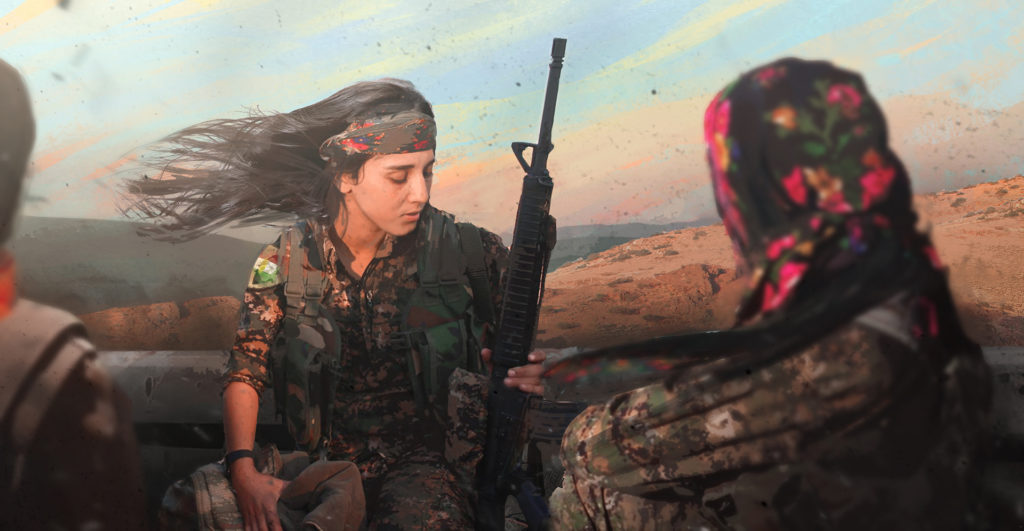 Present day. Our protagonist has enlisted with a rebel faction, fighting against the radical insurgents. They push through battered villages, hitting the insurgents hard. One day, a key piece of information is discovered and our protagonist’s world is not what it seems.

She breaks free from the security of the main group to embark upon a personal quest. Accompanying her is another female fighter, her best friend who was held captive with her years earlier. Along for the journey are two foreign vigilantes: an American combat veteran of the war in the Middle East, and a French citizen who has never seen combat. 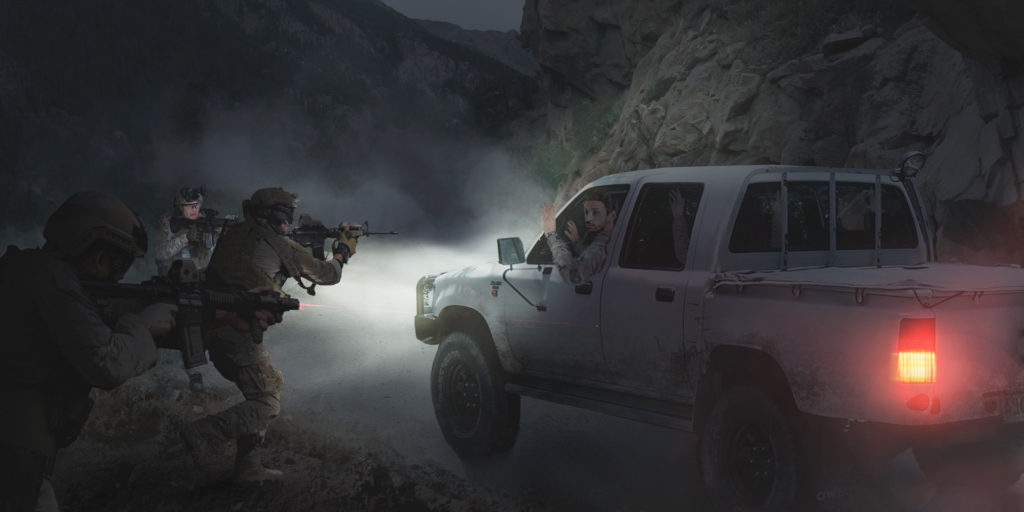 Along the path of their journey, several challenges emerge. Without a military force backing you up, that force may become an obstacle.

Essentially, the narrative is a road-trip story. It’s about these characters bonding through the many challenges that arise. Their diverse experience leads to interesting character dynamics, but ultimately their actions extend beyond their own volition.

We are very excited to venture into the realm of storytelling to offer more depth for Insurgency. Shooters do not have to be about mindless killing, so players can stop and ask questions about the world a game represents, and find answers within the narrative. Historically, the avant garde in many art forms are who disrupt and redefine genres. For a decade Insurgency has been in that position, and we are emerging from indie obscurity to innovate the FPS genre.