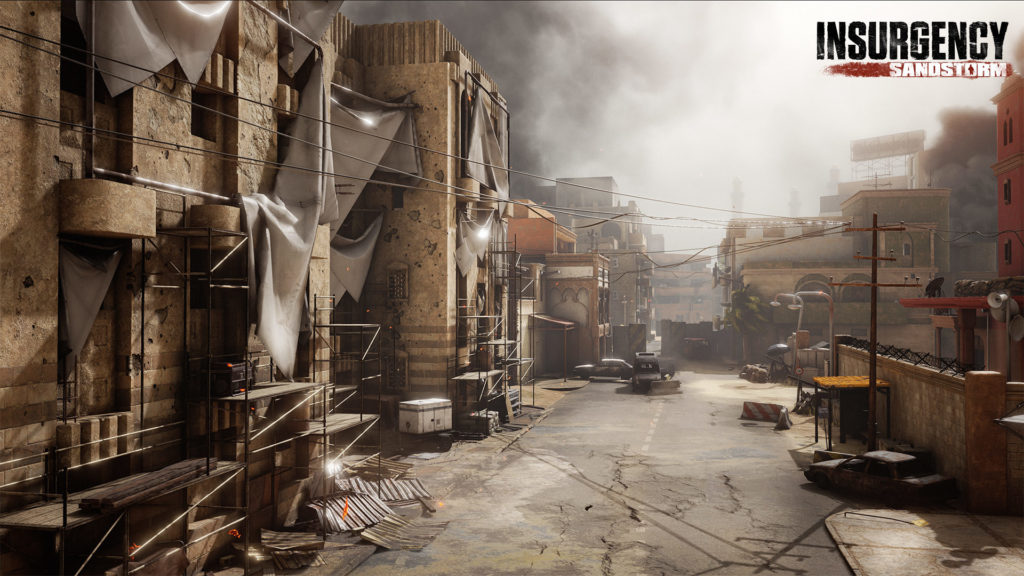 Hi everyone my name is Jon Higgins, and I am the Marketing and Communications Director here at New World Interactive. It’s been a little while since we last spoke about the development state of Insurgency: Sandstorm, and we’d like to take this opportunity to update our fans on what our team have been working on.

With the PC launch moving to December 12th, our team took a fresh look at the feedback you had provided during the course of the Beta and evaluated what our top priorities should be given the additional development and testing time. This includes optimisation, improving the quality of character models and animations, refining gameplay, fixing experience and immersion breaking bugs, along with giving the game a stronger degree of polish in general. The new date will also provide us additional time to test and implement our planned community features such as third party dedicated server support and the ability for players to launch custom configured games using our server infrastructure.

You may have noticed that updates are not happening as frequently as they were before. This is partly due to our decision to upgrade from Unreal Engine 4.19 to Unreal Engine 4.20 (a significant upgrade to the core game engine which should provide important development benefits going forward), and partly due to us implementing larger gameplay and level changes which require extra testing. After the next update, you can expect more frequent patches and updates leading up to release.

Our next update is planned for the end of October and we aim to include the following:

In addition to the above changes, we have also been thinking about how we can reward players who pre-ordered the game and helped provide crucial feedback during this extended beta testing period. Although player profiles will be reset before launch, we have decided that Beta testers will be rewarded with an exclusive tattoo cosmetic along with additional cosmetic appearance credits at launch. We will be releasing more information about this carryover and how to claim closer to launch. Be sure to keep an eye on our official accounts for details.

As always, your feedback and support are invaluable to our team. We’d like to thank each and every one of you who have joined the incredible number of players participating in this pre-order period and look forward to joining you on the battlefield in the next update!

Insurgency: Sandstorm releases December 12th 2018 on PC and coming to PS4 and Xbox One 2019.
Order now to get instant access to the pre-order exclusive PC Beta from now until launch.