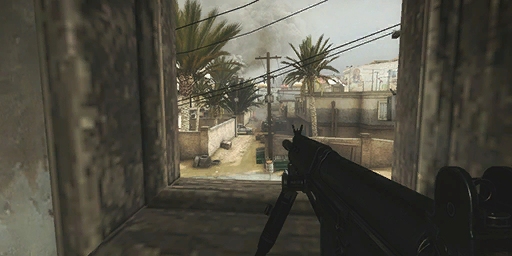 The most significant update to Insurgency since “Molotov Spring” is now available for all players. “Hunt” sees the return of the cooperative game mode of the same name – a challenging one-life mode where you will need to eliminate all enemy while locating and destroying a weapons cache. Supported maps include District, Ministry, and Heights, all with darker lighting and atmosphere to heighten the suspense.

A brand new map – Panj – is also introduced to the game. Inspired by the rural southern provinces of Afghanistan, this map is designed from the ground up to support a balanced and open layout for Skirmish, Firefight, Occupy, and Push modes.

Buy Insurgency on Steam: http://playinsurgency.com/buy This is raw gameplay footage. Filmed on the new map Panj. After clearing insurgents from the fields, I rush into Objective Alpha while smoke…

Our most popular game mode Push also has a new twist. If the attackers successfully secure Objective Charlie, they have an opportunity to continue their momentum and destroy the enemy weapons cache. The defenders must make a very intense last stand with only one life.

A new grenade launcher is also implemented for both teams. Demolitions class for Security have access to an M203 with the M16, while Insurgent Striker and Sapper classes have the GP25 for the AKMS. Both high explosive and smoke rounds are available for these weapons that introduce a new threat and dynamic to the game. Additional classes have access to the grenade launchers for using smoke only.

Other weapon changes include: the addition of a 1x Aimpoint sight for Security; M14 EBR has a bipod upgrade; a weight limit that players can’t exceed when choosing supply; and balancing of supply point cost for some kit items.

We’ve also provided various tweaks, bug fixes, and performance optimizations. Today’s release is phase one of the update, and another update will be released in two days with even more content and features.