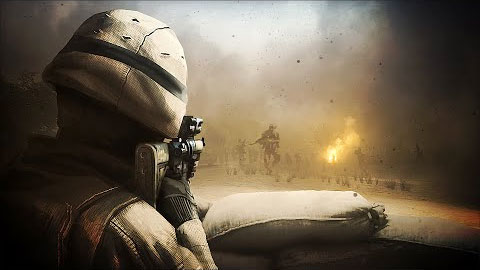 Yesterday, Steam made some major changes to their Store and Insurgency is already seeing positive results.

We’re little guys, but perhaps on the bigger side of the indie spectrum. To date we’ve sold over 400,000 copies, all through Steam since being one of the first Early Access titles on the platform. For visibility we rely upon the annual sales and promotions, plus whatever attention we can muster from the press — which isn’t much when they think you’re ‘just another shooter’ (Spoiler Alert: We’re not. See the User Reviews). Our advertising spend has been focused on our social networks and Twitch during major release milestones. We rely most upon grassroots marketing, word of mouth, and visibility on Steam.

Since the update yesterday, we’ve added more than 3,000 members to theofficial game group, presumably from people clicking the Follow button on the Store page. We’re gaining around 100 members per hour. This is important because the group is our primary communication channel to our player base. We post game update news, host beta testing events, and it connects to the forums where we monitor feedback. The more players we can reach, the more active they become.

Visits to our store page (recorded by Google Analytics) went from 5,800 on Sunday to over 21,500 on Monday [Update: Tuesday’s visits are 83,284]. Our sales were up for a typical Monday as well. Another valuable number is being on 138,000 user wishlists, as that will help estimate copies sold during the next sale.

As for Curators, I’m unsure of how much impact they directly have in the above numbers. I think the majority of that traffic is from the new recommendations system based on what you’ve viewed on Steam, games/genres you play, and what your friends play and recommend.

However, we are recommended by TotalBiscuit along with 94 other Curators. This Curators list also represents high priority targets to become a cornerstone of our marketing efforts. We now need those top Curator recommendations. They represent a potential new audience to reach that is already a few clicks away from purchase.

The User Reviews % is the new Metacritic score. As a customer, I buy what my friends recommend (and what’s on sale) in conjunction with the overall consensus. I value honest reviews and can usually call out the bullshit ones. I’ve read more articulate, insightful, and objective reviews written by players than by games journalists.

So, as a developer with a “Very Positive” 92% rating from over 13,000 reviews, I’m happy to see this at the top of our game page. I’ve also read every single one of those user reviews and provide customer support to help resolve technical issues, resulting in a switch to a positive recommendation.

Overall, the numbers clearly show the changes immediately heightened visibility for Insurgency on Steam. If you’re measuring results by the visits on the game’s store page, it’s increased our game’s visibility on Steam by 370% over night. Of course this is a spike since these are new changes that people are checking out, so it’s expected to taper back down. However, I’m certain these changes will help increase sales in the longer term, especially once we reach our next milestone.