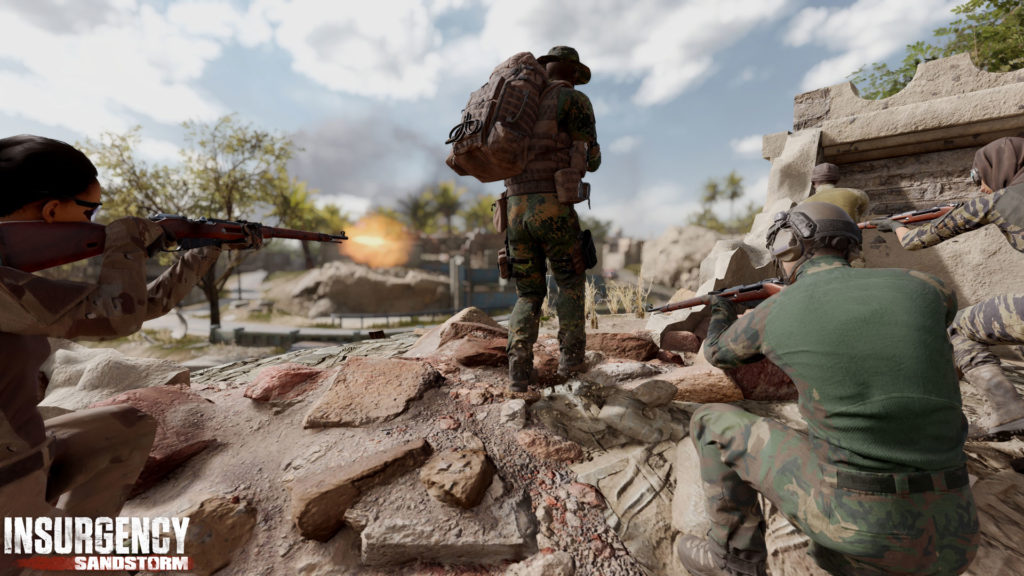 Hey everyone, my name is Michael Tsarouhas, I am the lead game designer on Insurgency: Sandstorm. In today’s post we want to talk a little about our upcoming new official cooperative mode Hardcore Checkpoint. We’ll go over our motivation behind creating the mode, the pillars that govern its design, and how we turned traditional Sandstorm gameplay on its head and created something that plays unlike any of our other game modes. We’d also like to take this opportunity to say that you can check out all the content coming in our next update including Hardcore Checkpoint in our Community Testing Environment on May 20th. Just go to your Steam Library and look for “Insurgency: Sandstorm Community Test Environment,” which you should own as long as you own Insurgency: Sandstorm.

The idea for Hardcore Checkpoint actually came from our community rather than any sort of flash of inspiration we had ourselves. Just a couple months following Sandstorm’s release in December, we saw that a lot of players were already modding co-op on community servers. They increased enemy counts, turned up the AI difficulty, and made other tweaks. While these modifications might sound simple, they went a long way in making things way more intense. YouTubers like Karmakut, OperatorDrewski, Bluedrake42, and others took this to another level, turning off the HUD and playing with as few as just two players. The result was more a much more difficult, tense, and tactical play that you can’t always get from normal Checkpoint mode.

These community servers and videos demonstrated to our team that there was a clear interest in gameplay geared toward our hardcore audience. People who aren’t afraid of a challenge and getting struck down by our AI. One of the unique things about Insurgency’s design is that it sits in the middle between the fast paced military FPS games like Call of Duty or Battlefield and the slow paced ones like Arma, Squad, or Escape from Tarkov. Because of this, when it comes to designing new game modes that actually change gameplay fundamentals, we can lean one way or the other. In February we released Team Deathmatch, an FPS classic obviously geared towards players who prefer fast-paced arcade-oriented gameplay. But now, with Hardcore Checkpoint, we’re leaning in the other direction. 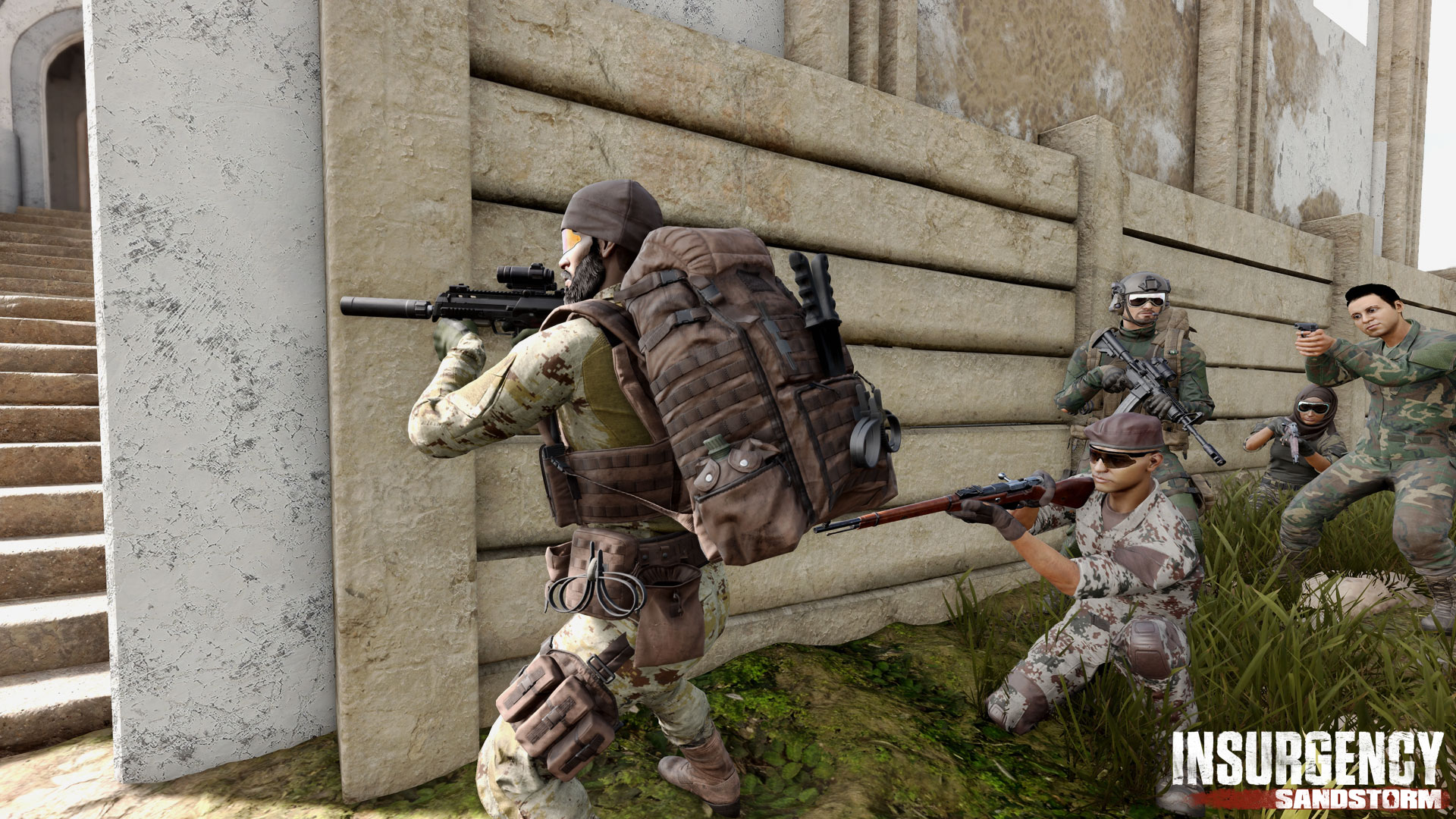 Hardcore Checkpoint is founded on the ideas of scarcity and adaptation. Until now, all our game modes have been fairly consistent in terms of equipment. When you die, you respawn with all your gear as if nothing happened. In Hardcore Checkpoint however, this isn’t the case. If you die in this mode, when you respawn you’ll come back with only an unupgraded Mosin rifle, a Makarov pistol, and a smoke grenade. You can get your Class Loadout back by resupplying at a Supply Crate as you normally would, but there are only three crates in the map, and you can only resupply once at each crate. You get one crate at the beginning to start you out with your goodies, one that spawns at a random objective, and one at the very end for the final counter-attack. That’s it. This means players need to be much more careful, and when they die and respawn, they need to manage their ammo and make do with what they find. They can gather weapons and ammo off the ground or search for randomly spawning Ammo Boxes which will give a few magazines for the weapons they’re carrying.

New enemy AI behaviors have been added. Bots in Hardcore Checkpoint are fewer, but they are more trained, sneaky, tactical, and human. They’ll fire more accurately, wait to ambush you, use better weapons and weapon upgrades, hunch down in cover when suppressed, and retreat and regroup when overrun. Also, they dress cooler. 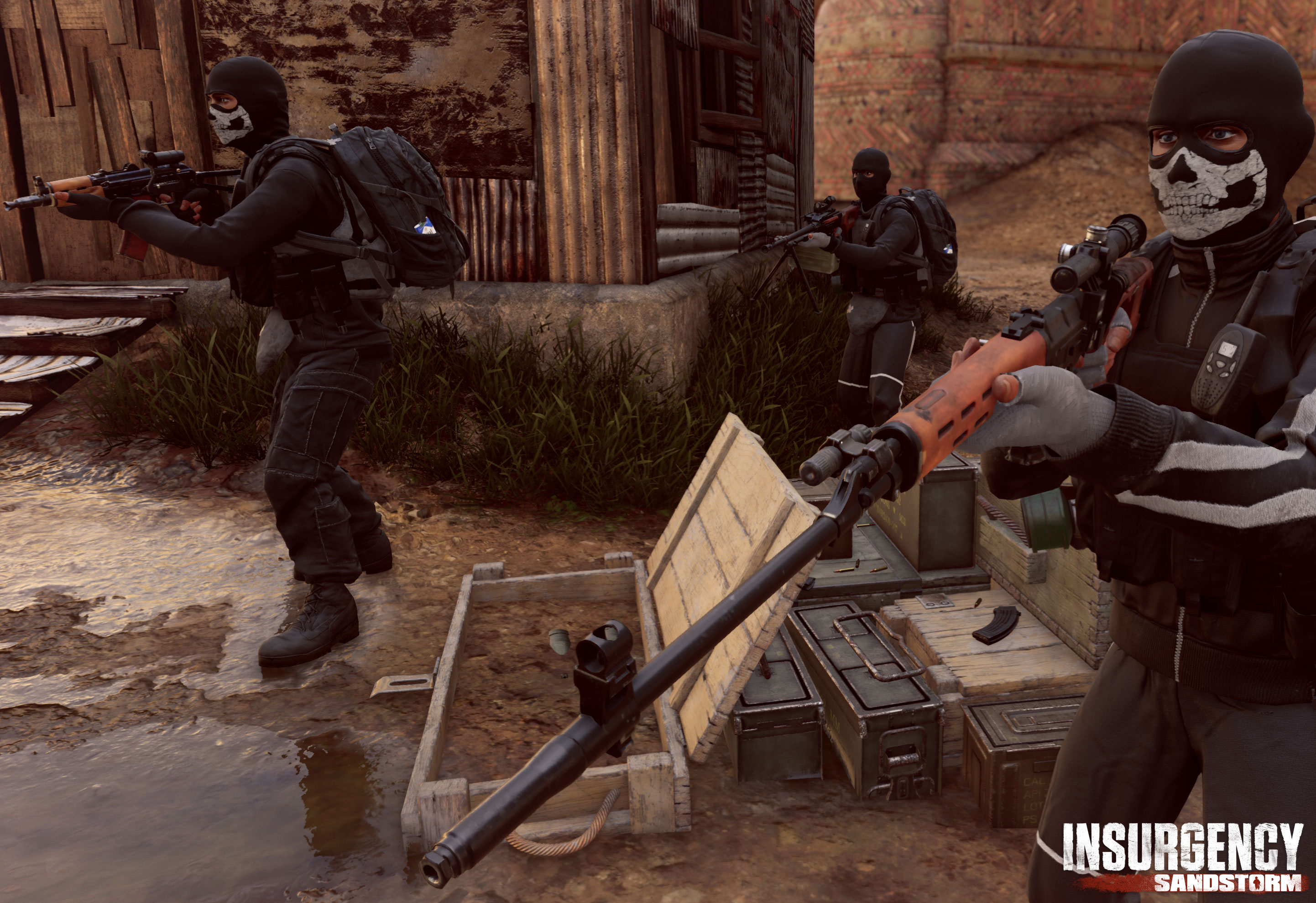 Movement speeds have been significantly reduced. Sprinting across a road without cover to flank an enemy is going to take longer, and isn’t always the smartest decision. Normal standing movement is now more of a tactical glide. When we first started playtesting, this felt pretty weird. We felt like slugs and we felt restricted in our abilities. But as we played, we realized this was exactly what we needed to feel, and was important to what the mode is trying to accomplish. The slower speed makes players even more vulnerable than they are in normal play, and thus raises the tension. It gives off some strong Rogue Spear or old school Ghost Recon vibes where every movement and action feels much more deliberate, and there are more opportunities for what game designer Brian Upton calls “anticipatory play”. In Hardcore Checkpoint, you’re not a rocksteady gunman or unstoppable competitive sprinter; you’re a soft squishy human trying to keep your gun up and on target as you pitter patter forward and hope a suicide bomber isn’t waiting around the corner. Running around everywhere will carry a much greater risk of getting shot, on top of the already great risk of losing that sexy Mk 17 Mod 0 with suppressor, optic, laser sight, and extended magazines for a dumpy old bolt-action rifle from WWII.

Each of the eight classes is limited to just one player per class. Official matches are still set at eight players, however we found that player counts of six or even lower were also a lot of fun and congruent with the slower pace. With one player to a class, everyone has a specific role to fill and must take advantage of their unique capabilities to help the team. The Gunner and Marksman both need to be in position and set up in those windows as soon as a counter-attack starts. The Demolitions needs to be diligently putting grenade launcher rounds and other explosives into any dangerous looking rooms or buildings. The Observer needs to be with the Commander at all times in case fire support is needed, since there is never another Observer to fall back on. Friendly teammate indicators are hidden at a distance, so target identification and communication are paramount. 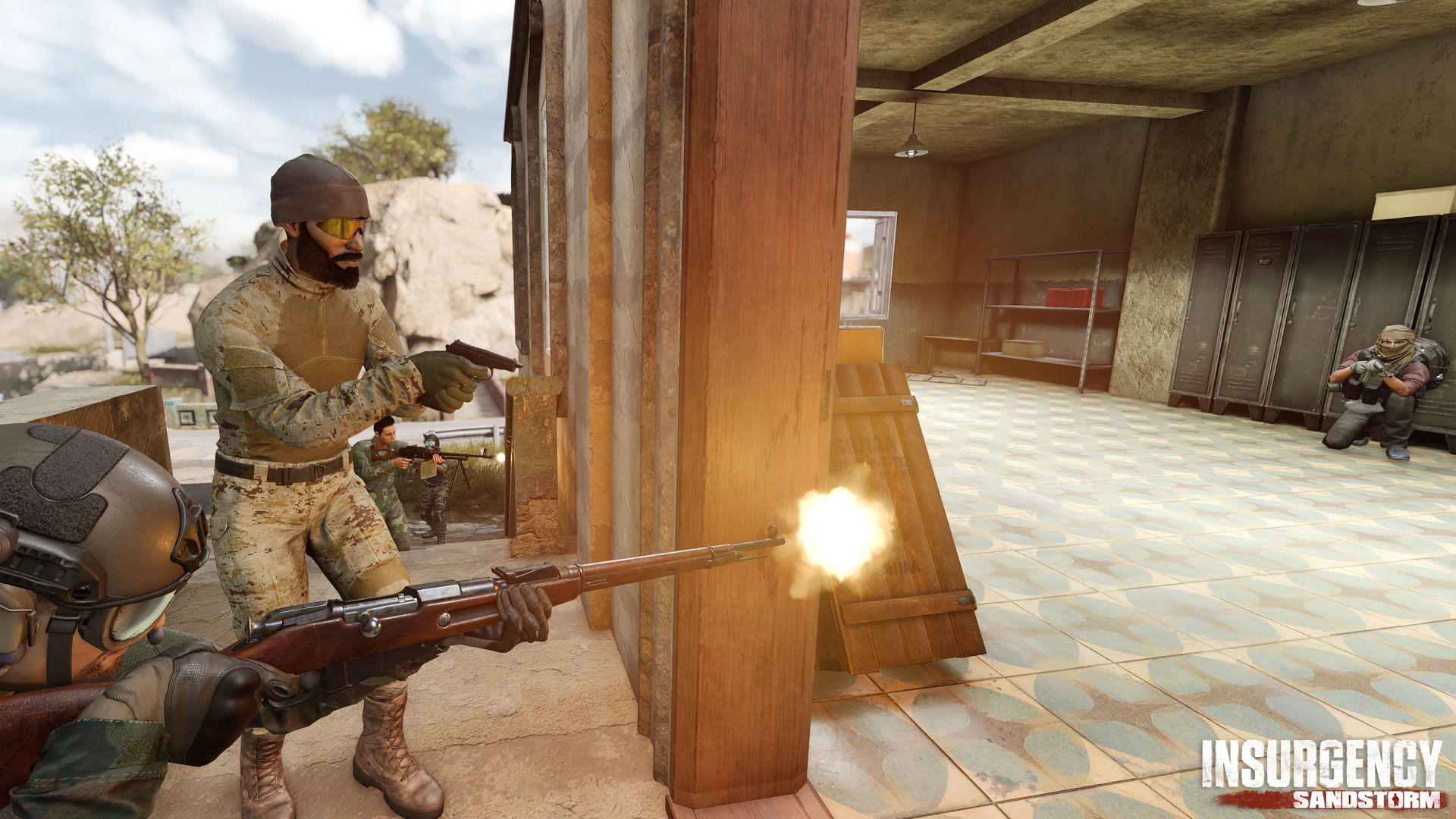 Hardcore Checkpoint is a brutal mode. There will be sudden death, there will be friendly fire, there will be stupid Observers, and there will be a time when you get very angry at us for not making the Mosin cycle its bolt faster. But when a team does their jobs right, communicates effectively, keeps the tempo slow, and gets into their groove, Hardcore Checkpoint is fun as hell. It’s been exciting for us to experiment with the traditional Checkpoint co-op that we and our community know so well and to create a totally new experience out of it. It stands as an example of how we (and modders) can take the Insurgency: Sandstorm platform and push the design in totally different directions. We look forward to having you all play it, and please let us know what you think in the comments, on the forums, social media, Reddit, etc. Hardcore Checkpoint will be coming out in our next update, and is playable as both Security and Insurgents on all our maps including our upcoming new map Outskirts. Remember you can also check out Hardcore Checkpoint and all the other content coming in the next update in our Community Testing Environment from May 20th to May 27th. Go to your Steam Library and look for “Insurgency: Sandstorm Community Test Environment,” which you should own as long as you own Insurgency: Sandstorm. We hope you enjoyed this community update. Be sure to stay tuned for more.