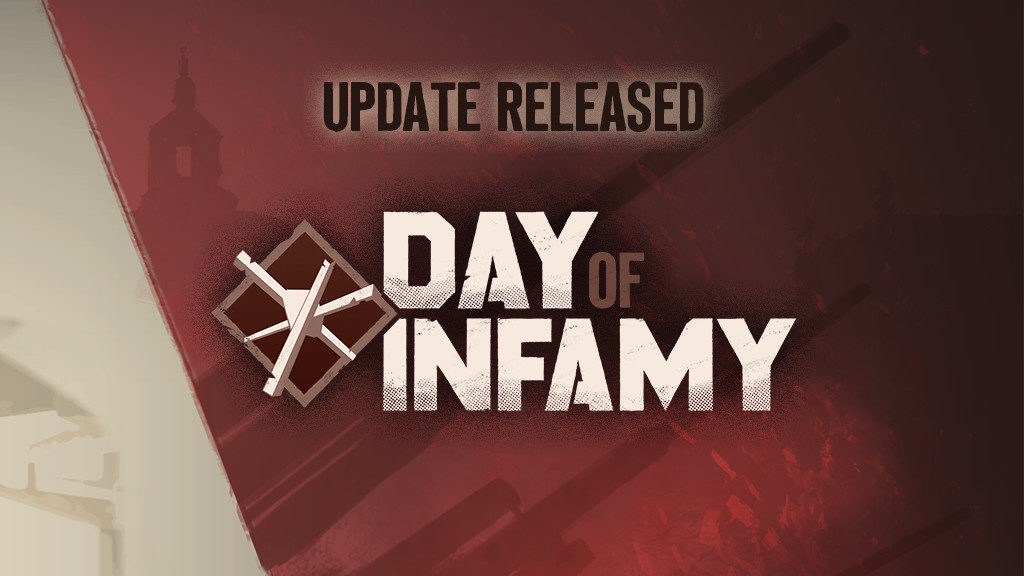 Today we are releasing an update for the game which adds new content, improves user flow, addresses optimization, and more.

In this update we are also introducing a new way for players to test things even earlier on. We’ve added an ‘In Testing’ playlist to the server browser, where you can find unreleased maps and experimental features. We will keep servers up and running on this playlist, and schedule weekly community testing events for it. Our first ‘In Testing’ event will be today at 5:30 pm EST, and will showcase the new map Salerno. Salerno is based on the classic Day of Defeat map Avalanche. While the map is quite early, it is blocked out and we are excited to play it for the first time with you all.

One of the more notable changes in this update is with Liberation. The mode has been changed in this update to be more balanced and eSports friendly. The new Liberation also contains a supply economy that treats supply differently than other game modes, enabling players to gain additional supply as rounds progress, evolving the field of battle as a match goes on. We hope many of you will play the mode and let us know your thoughts so we can improve upon it throughout early access, and consider whether this sort of supply economy makes sense for other modes in the game.

We’ve been investigating ways to improve performance in the game and this update includes some further optimization. We still have a ways to go and will be addressing this gradually as we get closer to full release. We know many of you are still struggling with performance and we hope you will remain patient and provide us with feedback on this update whether you see any improvements or not.

We’ve been analyzing a lot of data lately and have made some map changes which should make certain experiences more balanced. We’ve also noticed based on data that Patrol doesn’t seem very popular, so we have decided to move it from the official playlist to ‘In Testing’, declaring it as a “work in progress” game mode that we either need to improve or replace with something equally hardcore. If any of you feel attached to this mode, it would be great to hear your feedback on how it can be better.