The extremely talented team behind the Screaming Steel – Day of Infamy total conversion mod, have today announced a major update with co-op support, a new map, body armour and a host of new weapons. You can find their full announcement below.

The months since our last article have been spent on finishing up the first content update for the mod. While it took longer than we first anticipated, we think you’ll like the end result. The Wintersturm Update contains quite a few notable additions to the mod, including co-op-support, a new map, 5 new weapons and body armour. We have also made a lot of tweaks to the gameplay, updated a lot of our art assets, and fixed a number of bugs. The following video neatly sums up the Wintersturm Update in one minute.

The update will go live on Friday, August 2 at 3PM UTC / 4PM BST / 11AM EST, and it will automatically be downloaded for you on the Steam Workshop if you are already subscribed to the mod, all the maps and our custom VO pack. The one exception is the new map Givenchy which will require you to manually subscribe to it. This map can easily be found via the main Workshop page for the mod once it has been released. Click the banner below to be taken to the mod’s Steam Workshop page:

One of the main features of this update is the addition of co-op. Day of Infamy has received a lot of positive attention due to the way the co-op-gamemodes play out, and we’re happy to finally offer this experience as part of our mod as well. All of our maps support the 3 co-op modes Stronghold, Raid and Entrenchment. With the co-op-support we’ve added the options of a normal playlist with regular difficulty as well as a commando playlist for experienced players looking for a proper challenge.

Our commando version of co-op contains more responsive bots, “Elite” bots with special weapons and gear as well as more unforgiving gameplay settings. We’re hoping you’ll have as much fun playing co-op as we’ve had testing it these past months.

The Givenchy map is based on the real life engagements around the village of the same name in Northern France during the winter of 1914-1915. Most notably the map is a winter one, the first of its atmosphere in our roster. The map has trenches, dugouts and bunkers, and is rather open in general. Make sure to keep your head down and utilize cover when moving across no mans land, or use the flanks and old sap trenches to surprise your enemy. If you’re planning on fighting for the central capture point, make sure to bring a weapon fit for close quarters – cause it’s going to get hectic. The map supports Liberation and Frontline in PvP as well as Stronghold, Raid and Entrenchment in co-op. 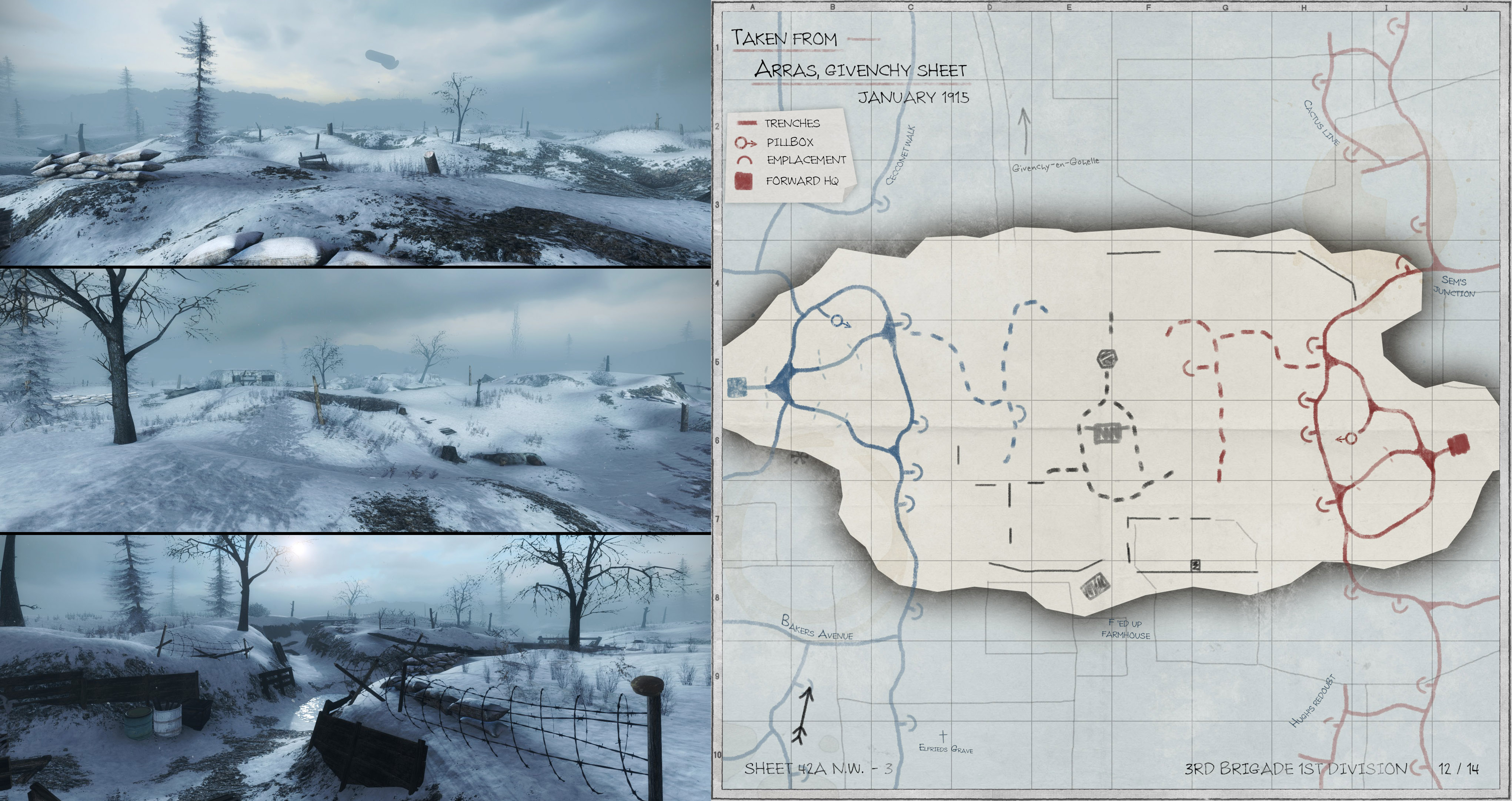 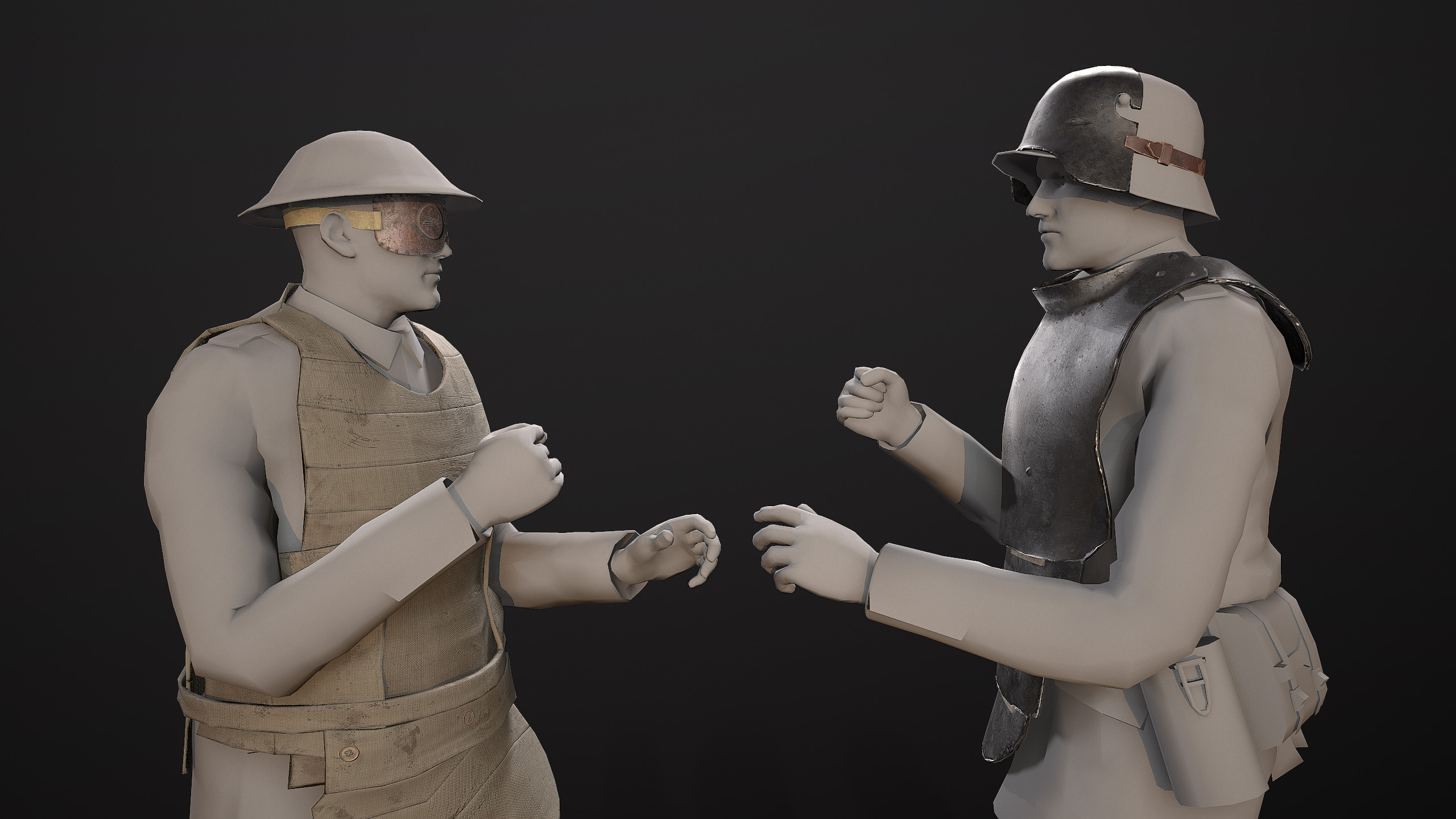 Body armour is a new addition to this mod and Day of Infamy as a whole. The armour can be worn by the machine-gunner class on both teams. Various elite bots in commando co-op also have access to body armour. The armour will greatly reduce damage taken from projectiles to the upper body. While you shouldn’t expect it to hold up against large caliber weapons like rifles and MG’s, it’s quite effective against pistols. However, the armour is heavy, and it will slow you down quite a bit. Our body armour is based on real armour worn during the war. The Germans wear the Grabenpanzer metal plate armour as well as a cosmetic Stirnpanzer for their steel helmets. The Commonwealth uses the BEF 1917 armour which consisted of layered silk and steel plating, as well as cosmetic shrapnel goggles which became a popular private purchase item during the war once trench warfare had set in.

We’ve also added 5 new weapons this update. Here follows some ingame details for each of them. 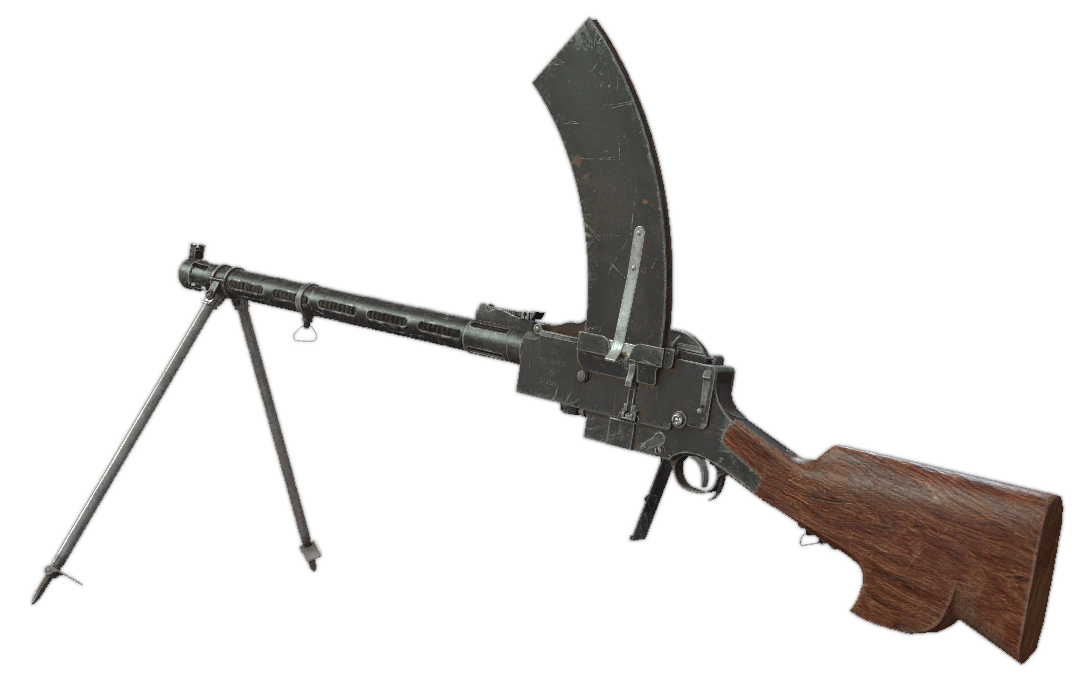 The Madsen Muskete is available to the German machine-gunner. This light machine gun is a less bulky alternative to the MG08/15, making it a better fit for an aggressive player. It has quick handling and reload times, and it can also be hipfired. Some downsides to this weapon are that it’s magazine only holds 25 rounds, and its magazine placement obstructs your sights when aiming the weapon.

The Model 1907 SL is a semi-automatic rifle available to the Commonwealth assault class, the first and only of its kind in Screaming Steel. This rifle excels at close to medium range, and will down an opponent in a single round if you’re close enough and land a hit in the upper body. While it has big damage potential up close, it suffers at range due to damage dropoff and worse accuracy than bolt-action rifles. It’s default magazine capacity of 5 rounds is also a negative, but this can be remedied by spending points on 10-round magazines. A steady aim and conserving ammo is the key to success with this weapon.

The 1903 Hammerless is a sidearm available to the Commonwealth officer, machine-gunner and bomber, and it’s the weapon with the quickest handling stats in the mod. Drawing, holstering and reloading this weapon is a fast process, and its high firerate can make it a nightmare to face up close. It does however fire the low-power 32 ACP cartridge, making it a poor choice for targets at medium-to-long range.

The Reichsrevolver is available to the German officer, machine-gunner and flamethrower. While the revolver has brutal stopping power and is extremely cheap, the other stats drag the versatility of this sidearm down – most notably it’s rate of fire and reload times, which are are sub-par at best. One could almost be tempted to view this as more of a status-symbol than an effective tool for combat. A good backup weapon in case you stumble upon an enemy up close, but not a sidearm fit for assaulting or taking on enemies en-masse.

Available to the Commonwealth officer, bomber and marksman, the Mk II Hand-Ejector revolver is a counterpart to the German Reichsrevolver, being cheap and packing stopping power. Historically this weapon is the Smith & Wesson Triple-Lock chambered for the British .455 cartridge which was ordered in large numbers by the British military during the war. As with the Reichsrevolver it sports a slow fire rate and reload, but it’s damage output makes it a viable backup weapon.

In addition to all the new content we’ve also tweaked the gameplay and content already available in the mod. Among other things we’ve changed damage properties and other hard stats for a few weapons and done some tweaking to how melee weapons and player loadouts work. Several issues and bugs have been fixed to make the mod more enjoyable. A lot of weapon assets have had their art and sound updated, and all maps have had work done on them to improve gameplay and optimization. The list of all these changes is quite long, so we have compiled a complete change log which you can see by following this link:

For any server owners reading this article, it is necessary for you to restart your servers after the update is out in order to make it appear for players in the server browser. It might also be necessary for you to update your servers txt file containing Workshop subscription content hosted on the server. The new Givenchy map Workshop ID is 1390091959. Updating this txt is only necessary if you’re not using the Workshop Collection ID for the mod which is 1455070029. If you are planning on making a co-op server for Screaming Steel, here are the playlist paths for normal co-op and Commando co-op:

The starting map and gamemode for a co-op server can be whatever combination you wish. For our own servers we use nimy stronghold

That’s it for this article. We hope to see you on the battlefield on August 2 and the following days! Make sure to spread the news around, and join our Discord Server and Steam Group where events are announced and arranged. We’re planning to host some arranged matches both in co-op and PvP in the next weeks.

Stay tuned for more content updates like this one in the future – we still have things in store for the mod.